ATLAS OF THE DACHSHUND BRAIN


My dachshund Duke definitely exemplifies ALL of the traits listed below, except chewing up inappropriate things--he doesn't do that very much at all, nor does he tend to throw up often. He makes up for those by have a double dose of the other traits, however!

What about your doxie? Leave a comment to share something interesting about your dachshund, a.k.a. chow hound extraordinaire. 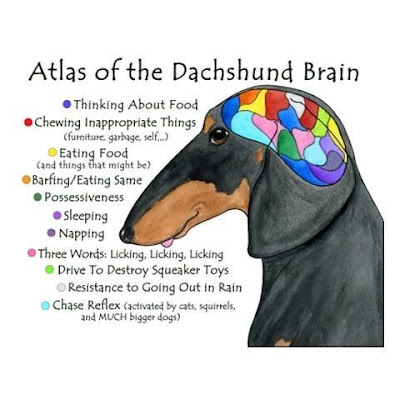 INTERVIEW WITH THE DOG

Something to think about, doggie lovers . . . I didn't create this, but it is touching if you love animals. 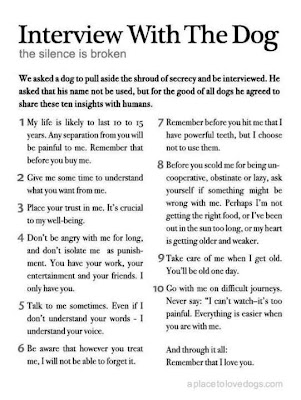 CHICK-FIL-A: IT'S NOT ABOUT CHICKEN ANYMORE 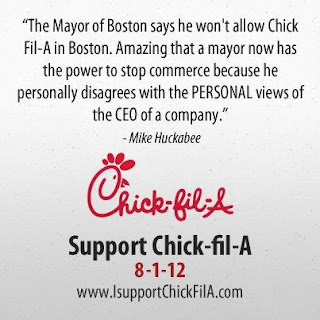 For those of you who want the facts, not the HYPE, President of Chick-fil-A Dan Cathy merely answered a reporter's question, stating that he supports the family unit, meaning biblical marriage.  He never even said the word "gay," and the reporter who interviewed him has even come out and stated that.

So, how has it come to this in America, that one's personal beliefs are no longer allowed?  Even if those beliefs have done nothing but promote a healthy business, served good food with a cheery attitude, and created thousands of jobs?  Tolerance and diversity today have come to mean that everything and anything are acceptable EXCEPT Christian values and Christianity in general.

As a Christian, I will be eating at a Chick-fil-A on August 1.  Christians need to stand with those who stand for biblical principles.  It isn't about chicken anymore.  It's about the freedom to have one's personal beliefs.  And Dan Cathy, you, or I didn't define marriage as between one man and one woman.  God did, and those who disagree with that definition of marriage are disagreeing with God.

Let's think about this:  most people are against pedophilia, adultery, murder, etc.  Oh, you say, we SHOULD be against those.  Why?  Just because you think so?  That's not enough, my friend.  The Bible is my guideline for what I am "against," and it's called sin. If God states in His Word that something is not right, then it doesn't matter what you or I think about the issue:  If God says it, then that settles it.  It isn't hate; it's truth.

Dear reader, if you disagree, you have that right, but at some point, either in this life or in eternity, you will have to take this issue up with Him.
Posted by Mavis Duke Hinton at 1:50:00 PM No comments:

HOW CAN ANYONE BE "UNDECIDED"? 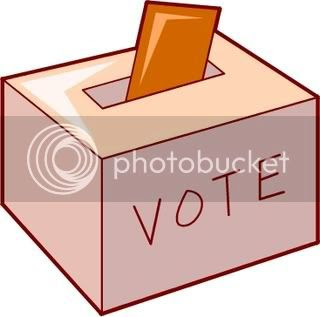 In today's political climate, I am totally floored that there are so many people UNDECIDED about whom they will vote for in the presidential election in November!

Given that we have two totally opposite political viewpoints, beliefs, experience, worldviews, and associations, it is impossible for me to understand how people cannot decide which side to vote for.  Unbelievable.

Personalities aside, we had all better do our homework and find out as much as possible about both candidates.  Forget the political ads.  I don't like them and avoid them whenever possible.  They are geared to appeal to emotions, and last I checked, voting out of anger, disgust, or even euphoria would be as much of a mistake as any other important decision made by relying on emotions.  Find out all you can, be clear headed, and vote.  Not voting is not good--this election is very important.

If lawyers are disbarred and clergymen defrocked, then doesn't it follow that electricians can be delighted, musicians denoted, cowboys deranged, models deposed, tree surgeons debarked, and dry cleaners depressed?
Posted by Mavis Duke Hinton at 4:15:00 PM No comments: 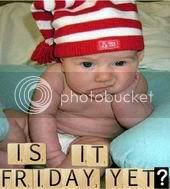 Oh, we all love Fridays, whether or not we are in school or a part or the work force.  When I was a child, Friday the 13th was even touted as a "bad luck day," but I honestly never noticed it being any different from other days.  As a Christian, I don't believe in luck, but people still like to mention today as one of those days to watch out for! 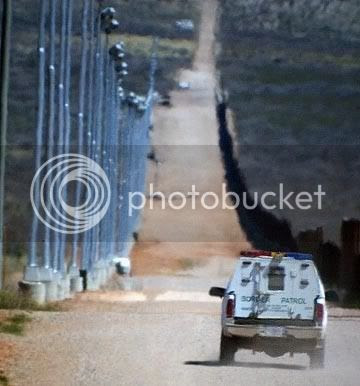 Once upon a time there was a kind American family with a large and beautiful home.  They weren't wealthy by American standards, but were upper middle class, and would probably be wealthy by worldwide standards.  They had three healthy children who were well behaved and pleasant.  This family, whom we shall call the John Q. Citizens, worked hard, paid all their bills and taxes on time, and donated time and money to help the needy.  They were active in their church, cheerfully giving their tithe and working in the children's  department every week. 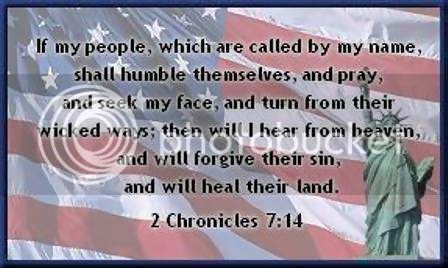 People on both sides of the political spectrum are gearing up for the November elections.  I have lately heard political commentators talk about whether "the people out there" know what is going on involving various issues of today.  Polls aside, I would like to think that we do, but in talking with people when I am out and about, I'm not so sure.

I am a conservative Christian, meaning that I am conservative on political issues, but also on social issues, especially those of a moral nature, such as abortion and homosexuality.  I want to vote for those candidates whose values most closely mirror biblical principles.  And I make no apology for that.  As an American, I have the right to vote for whomever I feel is the best.  That is a cherished right that we have, and we'd better make sure we always have this right.  I want America to continue being the great country it has been by turning back to God and biblical principles.

However, people who don't really know what is going on politically also have the right to vote as they wish.  If a politician says something they think is interesting, humorous, or downright incorrect, they accept that, and they often don't check to see if he/she has the facts straight.  I talked to a lady the other day who didn't even know what the individual mandate was regarding the health care issue.  WRONG.  That is not acceptable in today's climate, folks.  There's too much at stake for voters to be complacent or uninformed.

Being disgusted by both parties is fine.  I am myself.  But by not voting, that just might elect people by default, a dangerous strategy.

So, I will reiterate how important informed voting is:

(1) Learn about those important national issues - don't just listen to one side of the issue, but dig deeper and find out why "the other side" believes as it does.

(2) Make your decisions based on truth, checking for factual content.  Political ads have never swayed me one way or another, because hype is not the same as facts.

(3) If you are a Christian, pray about your voting before you go to the polls.  It does seem that today's political climate is distasteful - because it is.  Christians have an obligation to be good citizens, and we have to make informed choices every day of our lives.  Therefore, voting in November should especially be a prayerful, informed choice.  Period. 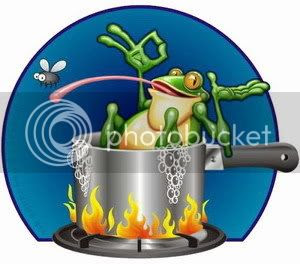 If I haven't made you angry yet, just keep reading :).  Our religious freedom is at stake in this election as well.  Christians, don't be the proverbial frog in water:  as the heat is gradually turned up, said frog doesn't realize the water is boiling until it is too late and he's cooked. As our freedoms are eroding, a.k.a. the water heating up, jump out in time.  Get informed about candidates and their personal integrity, as well as party political platforms.  And be sure to vote come November.

I believe this election is the most important one of my lifetime.