A DACHSHUND'S TRIBUTE, Book 4 of THE DACHSHUND ESCAPADES, is now available for 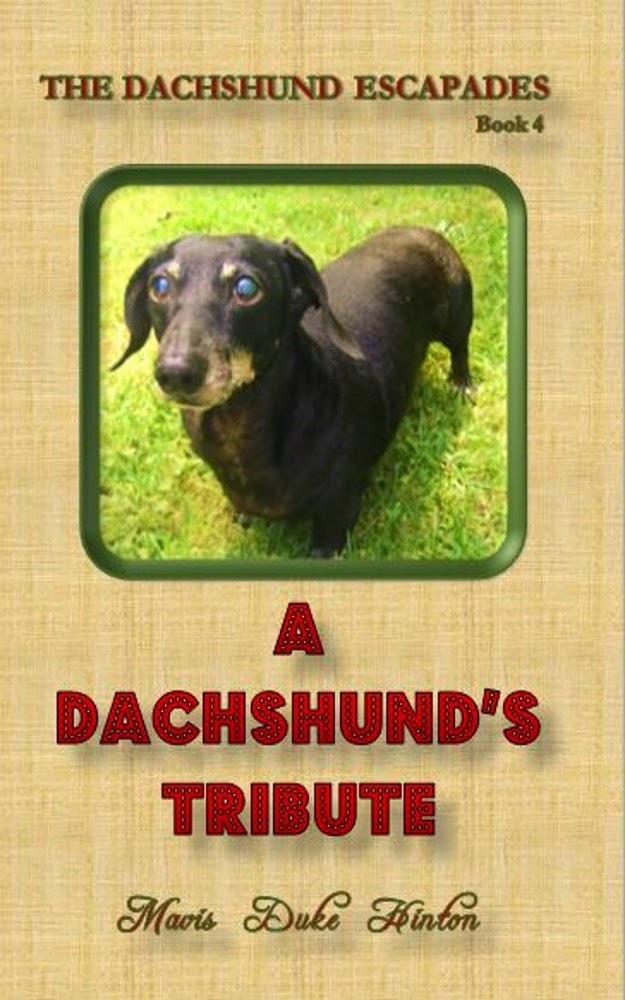 pre-order in the Kindle Store on www.amazon.com!  It's just in time for Christmas!

Don't have a Kindle?  No problem:  get the free Kindle app on Amazon to read Kindle books on your tablet, smart phone, or computer.

What is this book about?
“Christmas just isn’t Christmas without family. When Papa got sick and ended up in the hospital, I was so worried that something would happen to him. I decided right then that I would never take my family for granted again.”
Sarge the doxie is at it again: charming his readers with endearing stories about his zany family of humans and animals. Surprises as well as wistful moments also come to light in this fourth book of THE DACHSHUND ESCAPADES.

Delicious Southern food, described in precise detail, is practically a cherished family member! So prevalent in his stories, food is lovingly represented by Sarge throughout his tale.

For the church Halloween/fall festival (or Howl-o-wiener, according to Sarge), he wears a costume, too—just like Mama, Daddy, and his human siblings. Readers will smile over the costume contest and its hilarious contestants.

The Christmas holidays bring all his family together, including Papa and Sellars, human counterparts of “chow hounds.” Daddy reads the Christmas story from the Bible, the family shares a fabulous feast, and Papa tells more funny stories. The children’s joy, the giving of gifts, and togetherness—all bring Sarge to the realization that things don’t last forever, thus turning him into quite a perceptive doxie philosopher.

A DACHSHUND'S TRIBUTE is, after all, Sarge’s heartfelt revelation to the world: that dachshunds truly love and appreciate the companionship of humans—however strangely they behave at times!
Another heartwarming tale of family, joy,
good food, and unconditional love, Sarge’s story
will bring warmth and smiles to readers of all ages.