We recently moved to the suburbs of Atlanta, and in our new home is a breakfast nook.  "Aha," I thought to myself.  "This is the perfect place for utilizing my mother's small table." 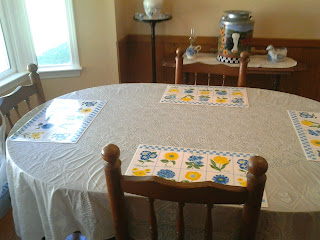 A round antique table that opens to an oval shape, it seats four people comfortably.  Unfortunately, the top (a dark stained wood) got scratched in the move, like much furniture does, even with great care and precautions. Not to be defeated, I simply covered it with an inexpensive tablecloth and other decor, and it looks just fine for daily dining, even with the grandchildren.  We are also using my mother's chairs with it.

Why write a post about a lowly table?  I'm thrilled that you asked, because if that table could talk, there are so many things it could share!  Just eating a meal at that table causes so many great memories to flood into my mind that I had to write about it.

My parents bought that table at an antique shop when my dad was stationed in Bremerhaven, Germany, when I was about ten or eleven.  It first graced the hall of our Army quarters there, a well-appointed, three-bedroom, THIRD FLOOR apartment (there were 64 stairs up to it, and there was no elevator), with all the furnishings provided by the military.  My mother loved that table, often adding crocheted doilies (the style in the fifties), small antique "doodads," and such on it.
We often had to put the table, along with other furniture, in storage because of lack of space when we lived in smaller quarters.  The next time I remember its being in use was in their home after Dad retired from the Army.  With the table opened to its current oval shape, it was used for many family dinners and fun times.  I stated earlier that it seated four comfortably--but at meals in my parents' home, we would pull up other chairs, stools--what have you--sometimes having eight people around it in close fellowship!

The table saw much service until my mother was widowed for several years, and because of her deteriorating health, decided she needed to live in a health care facility.  When we sold her home, I put the table in our basement, not wishing to part with it, but not finding a place for it at the time.

The memories it evokes!  Below are a few of my favorite "slices of life":

*my dad sitting there eating, with the family doxie Sam watching him and hoping for a morsel of food--I've written often about her ability to turn away the exact moment he glanced her way, ready to scold her for staring at him; 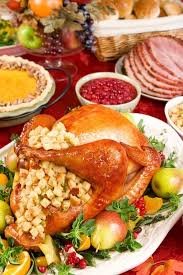 *coming home for a visit when we lived in other states, and those wonderful meals we'd all share together around that small table:  Dad's delicious pork chop suey, Thanksgiving and Christmas dinners, birthday dinners (my brother once had a birthday cake made for Dad that looked like a hamburger!), and in season, fresh veggies from their bountiful garden: new potatoes, green beans, squash, okra, tomatoes, corn, cabbage, butter beans (or, if you are from the North, lima beans);

*daughter Bethany recalls what my mom always said before we sat down to eat:  "Children to the back!" referring to the back side of the table near the wall where there was less room for adults;

*my mom at that table with a cup of coffee, reading--a book, her Bible, the newspaper, or a recipe she wanted to try;

*playing board games, such as Monopoly or Scrabble--it was usually Mom, Holly, Bethany, and me, but occasionally Clark and my dad would join in; when Dad didn't play, he liked to offer outrageous comments from his recliner to make the granddaughters laugh:  "What are y'all doin' over there?  Shellin' peas?";

*after my dad passed away, all the food placed on that table, provided by friends and neighbors;

*and, how we laughed after my dad put wheels on it so they could move it around the dining area as they wished, but we've all complained over the years about how freely it moved when one person inadvertently moved it by leaning on it:  "Hey, bring my plate back over here!"

Clark repaired its leaf to remain open without folding up (a good idea), and also found a way to brace that table to keep it from rolling away from us while eating:  he placed furniture cups under the wheels, which we didn't remove (the table is a bit low without them).

When the grandchildren first came and spent the night here with us, we all ate at Mother's table, and I shared its story with them.  They enjoyed hearing about their great grandparents, and I really enjoyed telling them all about its history.  They never met Papa Duke (my dad), but we keep him alive to them through stories and my books. 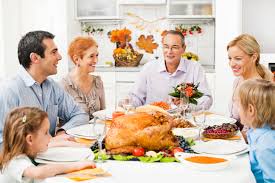 My mother's table is more than just a piece of furniture to me:   it's the sentimental memories, family times, and expressions of love--all lived out over my mother's table.