Ever heard a comment that was downright mean, ridiculous, or at least inappropriate?  Ever said something you wish you could have instantly recalled?  We're all in that boat.  Anyone who talks as much as I do is bound to end up with my foot in my mouth on occasion.  It's kinda hard to walk sometimes!

Years ago, an older lady had chronic health issues and could not get out often.  She came to church one Sunday, the first time she was able to do so in a number of months. (I was in my twenties then, so she might not have been all that "old" at the time.)  Several of us were greeting her before the service, and another young woman, I suppose in an attempt to compliment her,  blurted out, "Ladies, don't you hope you look that good when you get that old?"

Nobody said anything, but there was some eye rolling as we all attempted to ignore the poorly worded comment.  In one fell swoop, the audacious lady managed to emphasize the older woman's age.

Overheard at a funeral, to the grieving widow:  "Oh, you'll be fine.  I bet you'll be married by next year!"  WHAT WAS THAT PERSON THINKING??

Those with weight problems have heard every kind of comment under the sun about weight issues:

"Oh, have you lost weight?" (to the individual who had lost 20 pounds).  Sometimes it doesn't show up for awhile, you know!

"How many pounds do you need to lose?  Fifty??  Wow, that's almost half of what I weigh!"

Then there was the thoughtless student who said to his teacher: "That sure is a giant brown dress you're wearing."

The other side of this issue is equally grating:

"Hey, eat another piece of this cake--you're practically a skeleton!"

"When was the last time you ate a complete meal?  Your clothes are just hanging on you."

One of my all-time unfavorite comments (I know that "unfavorite" is not a proper word, but it suits what I'm saying), directed to a teenage girl with acne:  "Honey, what is wrong with your face?  Don't you ever wash it properly?"

As I stated earlier, we all say things we regret.  However, some comments are just over the top in thoughtlessness.

Yes, I'm doing it again:  being the doting grandma :).

Below are some pictures of our grandchildren enjoying their summer, and if you look closely, you'll see their doxie in one of them.  He knows how to enjoy summer, too!

"Dad loved to garden, and well into his seventies, he shared his bounty with 'the elderly' and shut-ins.  He definitely had a green thumb, with fruits and vegetables thriving under his hand, trying to outgrow each other."


In honor of this Father's Day, I wish to share about my late father, Sgt. Robert Duke, an amazing man and such an extraordinary part of my life.

Dad went home to be with the Lord in October 2000 at age 86.  A main character in both of Shadow's books, it was such a blessing when writing about him, pulling most details from reality.  His storytelling kept us all laughing, and I enjoyed sharing them.  Dad also loved to cook, and he was good at it, having taught himself.  His chop suey, made from scratch and with tender pork strips, was to die for.  He also made a mouth-watering chocolate pound cake, firm and moist.  It needed no frosting to jazz it up, either!

Dad loved to garden, and well into his seventies, he shared his bounty with "the elderly" and shut-ins.  He definitely had a green thumb, with fruits and vegetables thriving under his hand, trying to outgrow each other:  cabbage, squash, green beans, green peppers, onions, potatoes, watermelons, okra, blackberries, grapes, tomatoes, hot peppers, pears, peaches, apples.

I will share some of his recipes in my upcoming book, DACHSHUNDS FOREVER:  DUKE AND ME.  The problem will be choosing which ones to include!  There's his country-style steak with gravy, lobster newburg, chicken and dumplings, fried chicken, cinnamon rolls, hot biscuits, yeast rolls, homemade salsa requiring a fire extinguisher after eating . . . maybe I should simply write a cookbook and entitle it PAPA DUKE'S RECIPES.

He grew up in hard times during the Great Depression, on his own from age twelve.  At age ten or eleven, he rescued his baby sister, Sarah, from a house fire.  She was four years old at the time, and he suffered burns on his hands and arms.  Sarah died several days later, a fact he seldom spoke about in later years.  His family lived in poverty with his mother raising her children haphazardly; he never knew his father.

In spite of it all, as an adult he brought joy and laughter to those around him.  Our daughters inherited their musical abilities from him, as he played the guitar by ear.  Our youngest, Bethany, has one of his electric guitars and also taught herself to play it.  I suppose some of his humor came from the pain he felt as a child; after all, tragedy + time = comedy, which is often the case.  He loved his two granddaughters, but passed away two months before Holly, the oldest, was married.  He would dearly love his three great grandchildren as well.

Children and animals were drawn to him, and I've heard that dogs are great judges of character!  If that is the case, then he truly was a wonderful human being.  "Papa Duke" never met the doxie in my books, since he came along well after Dad passed away, but we had dachshunds when I was growing up, and it was always a mutual admiration society with Dad and our "dawgs."  Dad is lovingly describedin his books, because I KNOW this doxie would have loved him that much.

Dad had little formal education, completing his high school courses after joining the U.S. Army as a young man.  He always said that Army life was good to him, and he had many friends of all ranks.  He met his old friend, "Pappy" Sellars, who was from Georgia, on a tour of duty in Alaska.  I was 13 at the time, and my brother Steve and I loved Pappy and his wife Renate (spelled Renata in Shadow's books) like they were family.  Dad loved to cook, Sellars loved to eat, so there was an automatic attachment!  Sellars passed away a couple of years ago, also in his 80s.

All in all, Dad managed to overcome the earlier pain of his childhood, making a home for our family, and until poor health in his last few years prevented it, he stayed very active in church and community.  I miss his robust laugh, his flair for storytelling, and his huge hands at work, either chopping vegetables at lightning speed or rolling out pastry dough with finesse.

A MENTAL SURVEY, A.K.A. INTROSPECTION

This post is merely a survey that is done in one's mind; therefore, no one will see your answers.  I thought it would be interesting for those reading this to do a little introspection, since life is so busy at times that it is often difficult just to sit and think!  Take a few moments and answer the questions below--you might surprise yourself!  My responses are included :).


1. If you could choose what you'd like to do RIGHT NOW, what would that be?

Hmmmm . . . with my husband, sitting by the ocean, feeling its breeze against my face, hearing the waves, and relaxing!

2. Looking back over your life, what one day would you choose to relive, and why?
That's a difficult choice . . . my wedding day!  Oh, we were so young then, and it was a wonderful moment to begin our lives together over forty years ago! 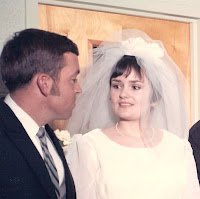 ﻿
3. What is your favorite vacation spot?  Who was with you when you went there? 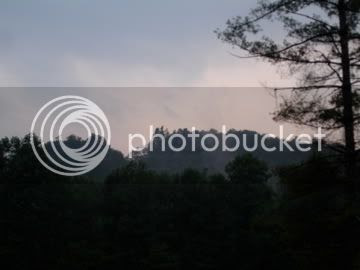 I've always loved mountains--and I've vacationed in a number of states and a couple of countries where there were mountains--and my hubby and I enjoy all seasons there.

4. Choose one of your happiest moments, close your eyes, and recall as many details about that moment as possible.  Did it bring a smile to your face?
Why did I say only ONE happiest moment??  I can think of five without batting an eye! 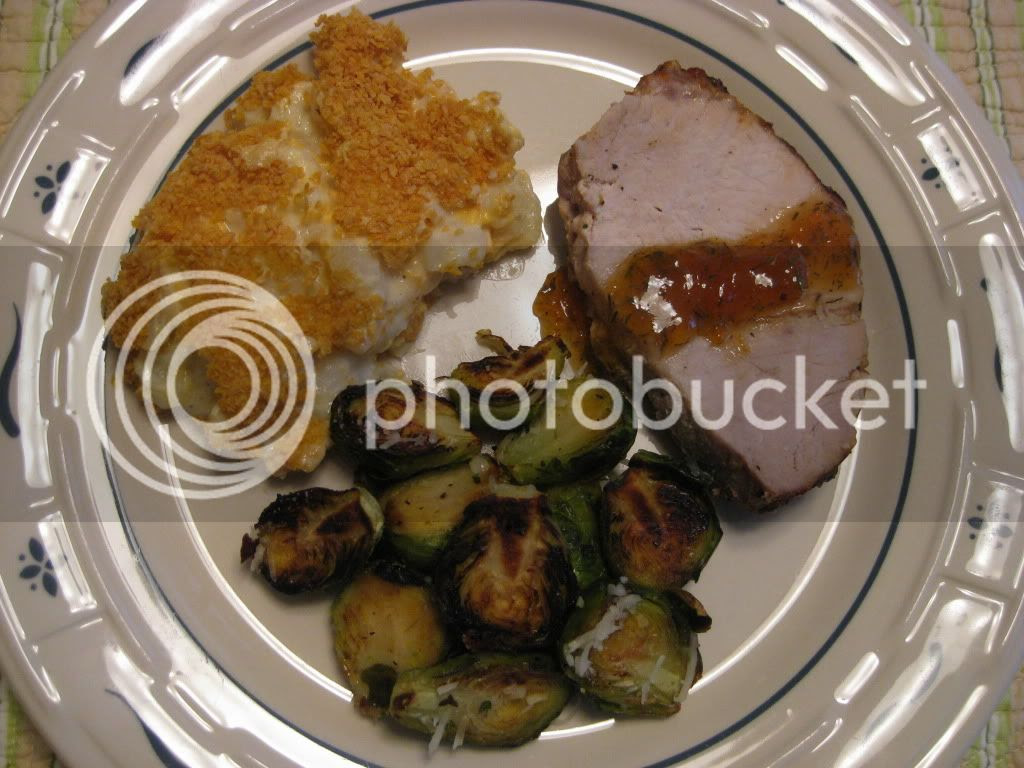 5.  What is the best thing you've eaten lately?
Being on the low carb diet (still), I would have to say my daughter's succulent pork roast dinner last night!

6. What silly/funny/cute thing did your child, grandchild, or pet do this week?

Our three grandchildren do cute things daily.  Our little grandson, Asher, at age 15 months, enjoys teasing, often admonishing the dogs with "No No No!" accompanied by a pointing finger, when they bark too much.


7. If lost on a desert island and you had only one item (not person) with you, what would you want it to be?
I was asked this once for a newspaper interview several years ago.  My reply?  Eyeliner! 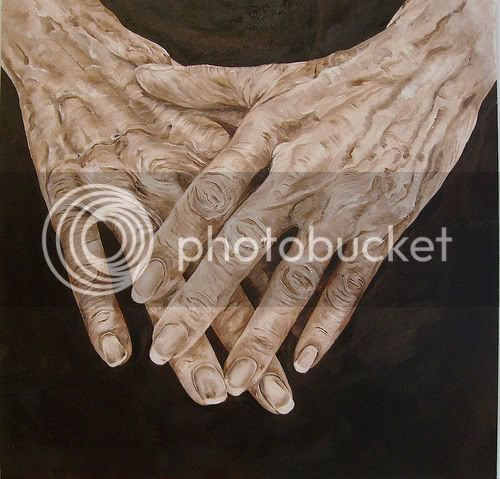 Grandma, some ninety-plus years, sat feebly on the patio bench. She didn't move--just sat with her head down, staring at her hands.

When I sat down beside her, she didn't acknowledge my presence, and the longer I sat, I wondered if she were all right.