"Alaska was beautiful, dangerous, extremely cold, and full of surprises, like a bear or a buffalo meandering through the yard, or the breathtaking northern lights (aurora borealis) "walking" across the night sky. Photographs simply do not do them justice--they were fabulous and awe inspiring."

I really enjoyed the life of a military family while growing up, and as a child, I thought that most people moved to a new location every few years like we did.  My dad, a World War II veteran, decided to retire at age 50 while we were living in Miami, Florida, after 22.5 years in the U.S. Army.  We moved to North Carolina, our home state, be to closer to family and to Ft. Bragg, so that we could use the medical, PX, and commissary privileges for retired personnel.  He went on to work as a chef in various restaurants, even owning one for a few years, before "really" retiring for good.

I attended 13 schools from kindergarten through 12th grade, which was interesting, but difficult at times.  The hardest part was transferring to a different school in the middle of the year or grading period. Sometimes I would be way behind what the new class was learning, or would be far ahead, having already learned the material in the previous school.  In spite of those difficulties, I somehow managed to get a great education along the way.  All that travel certainly counted for something, and I was fortunate to live in two foreign countries:  France and Germany, three years each.

I began my schooling in France at age four in L'Ecole de St. Joseph, a French Catholic school near our home in Libourne.  As the only American (and Protestant) student in the school at that time, I picked up the language quickly, I'm told.  From what I remember regarding that time, I understood perfectly what the nuns and my classmates were saying, and spoke French as well as I did English.  My parents often asked me to translate for them when we went to the local markets.  Ah, to be that fluent again!  I also remember how strict the nuns were.  Those chastised for talking out of turn got to spend some time alone in the school cellar as punishment.  Scary.

Since Libourne was in the heart of wine vineyard country,  students were served wine at school for lunch, not considered unusual by locals.  My mother, however, nearly had a heart attack about that, and always provided more fitting beverages for my lunch at school.  I have memories of enjoying the delicious lentil soup and crusty French bread prepared at school, however.  In mid-second grade, my parents decided it was time to place me in the American military school, but it was far away and involved a two-hour ride on the bus each way. 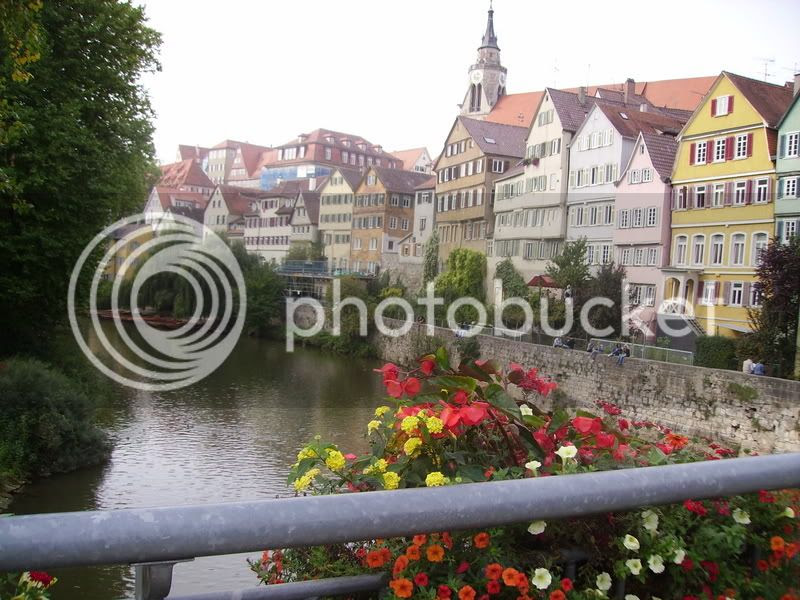 For grades four through seven, I attended the excellent on-base school in Bremerhaven, Germany, which placed me with like-minded students who had lived all over the world and were often quite precocious.  I quickly learned to hold my own with them, thus sharpening my mental acuity--I loved to answer quickly in class, for instance, before anyone else could muster an answer.  Teachers encouraged and provided many great learning opportunities, and since I've always enjoyed school, this atmosphere was what I considered great fun.  Is it any wonder that I became a teacher? While living in Europe, my family traveled around France and Germany, vacationed in Spain (attended a bull fight), took camping trips across Belgium (enjoyed the World's Fair in Brussels), The Netherlands (experienced the Tulip Festival), and Luxembourg (great food). We met and interacted with many friendly Europeans along the way, often sharing meals and swapping stories with them. One morning at breakfast, my dad prepared pancakes and sausage on a gas-powered griddle, inviting anyone interested to join us. We ate with campers from Denmark, France, Germany, Austria, Belgium, and Holland, to name a few. And everyone spoke English, at least to a degree--so communication was not problematic at all.

At times I did attend nonmilitary schools back in the USA when my father was stationed in the States; these schools had a totally a different atmosphere.  Classmates there often thought of me as a world traveler since I had lived in what they thought were exotic places (not!) and could speak French fluently (at that time).  But I really wasn't much different from them, having Southern roots, and I always made many friends. 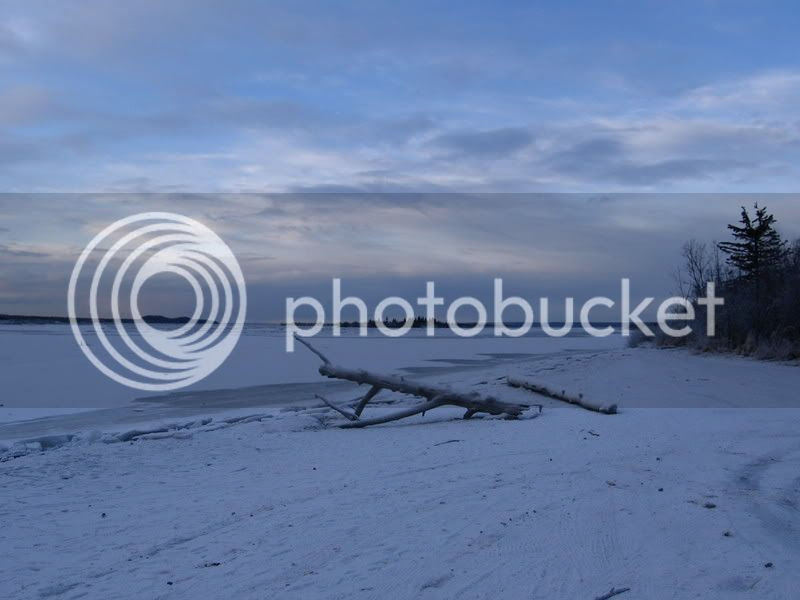 I have lived in  Alaska, Florida, Maryland, North Carolina, New Jersey, Ohio,and Virginia, and traveled in 42 or 43 states total, and Washington, DC.  Besides, both my husband and I are afflicted with wanderlust, but it is now handled with traveling rather than moving--we've lived in our current location almost six years now!

We traveled across Canada by car a few years ago, covering parts of Alberta, Saskatchewan, Manitoba, Ontario, and Quebec, although some don't consider Canada a "foreign country."  Well, Quebec certainly SEEMED foreign, with signs, restaurant menus, newspapers, etc. in French.  Thank goodness I could read enough from my college French to get by.  Much of Canada reminded me of Alaska, especially the wilderness areas. 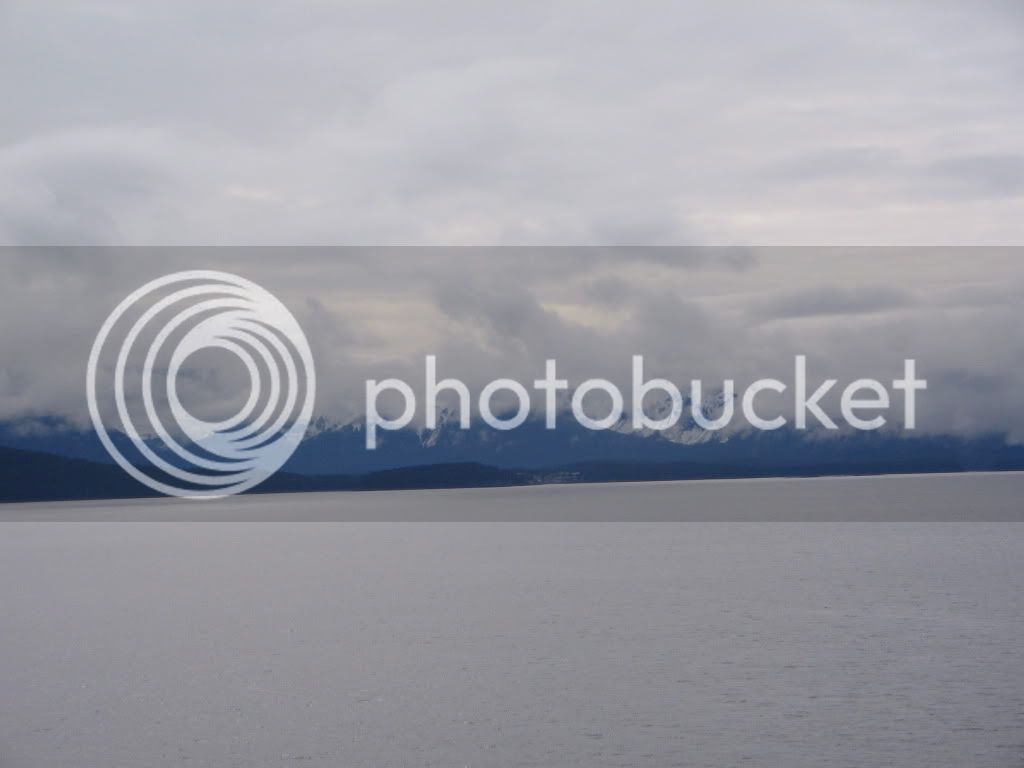 I am often asked, "What is your favorite place you've lived?"  I have to answer Alaska.  I could write volumes about it, and perhaps one day I will.  I do have to share a few things, however.  It was beautiful, dangerous, extremely cold, and full of surprises, like a bear or a buffalo meandering through the yard, or the breathtaking northern lights (aurora borealis)  "walking" across the night sky.  Photographs simply do not do them justice--they were fabulous and awe inspiring.

My high school in Ft. Greely had only 100 students, so we were a close-knit family.  When the Army transferred my dad to his next tour of duty in Miami, my high school had more than 3,000 students in grades 10-12!  Quite a change there, but in more ways than just school:  it was SO hot and humid, urban, and full of bugs.  In Alaska, even summers were cool with low humidity; we lived on a small post surrounded by snow-covered mountains and wildlife; we had huge mosquitoes in summer, but that was about it.  No spiders, flies, or roaches to deal with, whereas Miami had all of those, plus scorpions and various other unsavory creepy crawlers.

The coldest temperature during our 3.5 years in Alaska was 76 degrees below zero (yes, you saw right!).  For a couple of weeks one year in December, the warmest temperature was -55 (that's BELOW zero).  Those of us who lived in the military housing on post usually walked to and from school; I lived about two blocks away.  During that particular cold snap, however, Army buses transported us, since that kind of cold is very dangerous in a matter of seconds.

Alaska is often called "the land of the midnight sun," and that is certainly true in summer, with the sun never actually setting during those long days in June.  Sometimes children were outside playing at 11:00 p.m.!  However, during those short winter days in December and January, I went to school in the dark and came home in the dark--the sun rose only above the horizon for a few hours daily.  And, it always snowed by Labor Day.  It even snowed one July 4 when we attempted to go on a picnic!  But that's unusual, even for central Alaska where we lived, 100 miles south of Fairbanks.  On Facebook, I have managed to locate a few school friends from those halcyon years in Alaska.

All in all, the travel and living outside the USA has truly made me appreciate how wonderful and blessed our country is.  I am very thankful for the many experiences of  being an "Army brat" that I would have never had otherwise.  After seeing a few other parts of the world, I believe "there is STILL no place like home!" to paraphrase Dorothy from The Wizard of Oz.
Posted by Mavis Duke Hinton at 9:10:00 PM