I didn't write these, but a friend sent them to me recently.  Enjoy!

1) The fattest knight at King Arthur's round table was Sir Cumference.  He acquired his size from too much pi.

2) I thought I saw an eye doctor on an Alaskan island, but it turned out to be an optical Aleutian.

3) She was only a whiskey maker, but he loved her still.

4) A rubber band pistol was confiscated from algebra class because it was a weapon of math disruption. 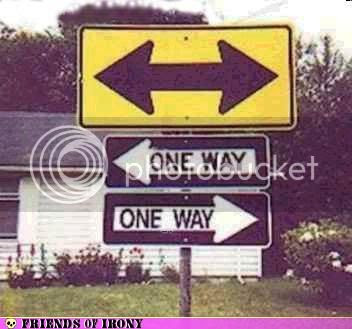 5) No matter how much you push the envelope, it will still be stationery.

6) A dog gave birth to puppies near the road and was cited for littering.

7) A grenade thrown into a kitchen in France would result in Linoleum Blownapart.

9) A hole has been found in the nudist camp wall.  The police are looking into it.

11) Atheism is a non-prophet organization.

13) I wondered why the baseball kept getting bigger.  Then it hit me.

15) The midget fortune-teller who escaped from prison was a small medium at large.

16) The soldier who survived mustard gas and pepper spray is now a seasoned veteran.

18) In a democracy it's your vote that counts.  In feudalism it's your count that votes.

19) When cannibals ate a missionary, they got a taste of religion.

20) If you jumped off the bridge in Paris, you'd be in Seine.

21) A vulture boards an airplane, carrying two dead raccoons.  The flight attendant looks at him and says, "I'm sorry, sir--only one carrion allowed per passenger."

22) Two fish swim into a concrete wall.  One turns to the other and says, "Dam!"

23) Two Eskimos sitting in a kayak were chilly, so they lit a fire in the craft.  Not surprisingly, it sank, proving once again that you can't have your kayak and heat it, too.

25) Did you hear about the Buddhist who refused Novocain during a root canal?  His goal:  transcend dental medication.

26)  There was the person who sent ten puns to friends, with the hope that at least one of the puns would make them laugh.  No pun in ten did.
Posted by Mavis Duke Hinton at 9:07:00 AM